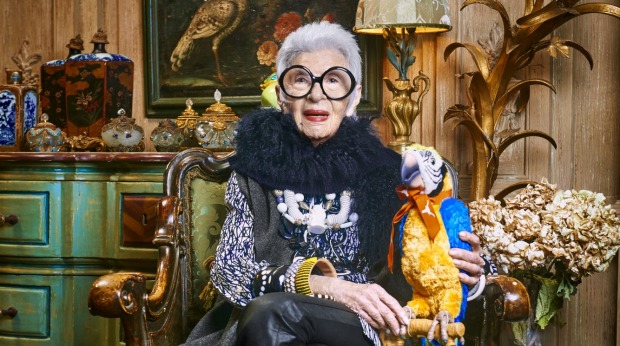 Following in the footsteps of Kate Spade and jewellery label Alexis Bittar, French-inspired label Blue Illusion has signed the enigmatic Iris Apfel as the face of their autumn campaign.

Dubbed a “Rare Bird” by the MET she calls herself a “geriatric starlet” and has enjoyed incredible success over the last 10 years.

With attention-grabbing style - chunky jewellery collected from all corners of the world and wide round specs – and no sign of retirement plans at age 94, Iris typifies Ari Seth Cohen’s Advanced Style movement.

Quoted in the Sydney Morning Herald, the American style icon says, "I don't know what it's like for women in Australia, but in America, they stress very badly about how they look and if, as they say, I give them courage to be creative, then that cheers me."

Blue Illusion’s latest campaign titled “Ageless” supports the brand’s ethos to design and curate on-trend fashion in a shape and structure that fits women over 40.

Shot in Apfel’s Upper East Side apartment, it’s creative, irreverent, stylish and topped off with owl-like glasses – in other words, it’s everything Iris.